Ferrari is much more than a car brand. Ferrari is heritage, genuine Italian sweat & blood.  It is authentic Italian motorsport lineage. It is the only brand in the world that can be represented by a single color; Red. That said, driving a red Ferrari is probably on every guys’ bucket list from the moment he learns to pronounce the word “car”. Now, imagine having the opportunity to drive Ferrari’s latest cheval de bataille, the 812 Superfast. What a privilege! 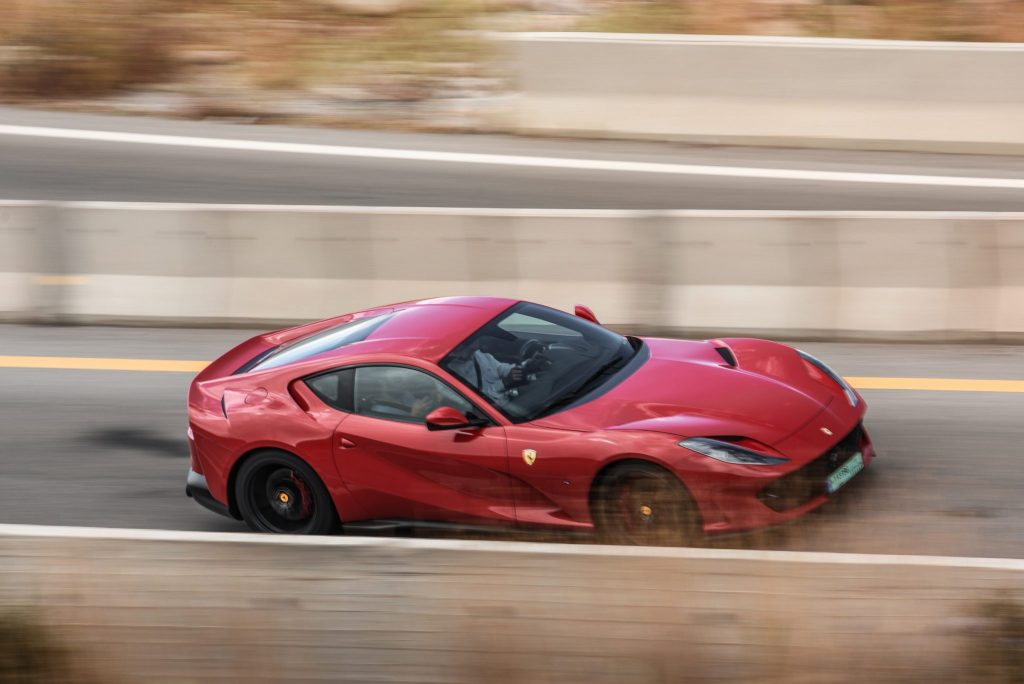 Let’s start with “Superfast”. Without any doubt, a company with such a strong legacy could’ve been a lot more creative, more striking, and more Italian when choosing the commercial name of the 812.  And although the name raised some criticism, it was chosen because of “superveloce” meaning Superfast is an expression already used by the other Italians, with the bull for sigil.

And in fact, Superfast is actually part of Ferrari’s heritage, having been first used in 1956 for the 410.  The 8 in this car’s name indicates the 800 horsepower the engine generates while the 12 stands for the new 6.5-liter naturally-aspirated V12 engine.

Californian name aside, what you really want to know is whether Ferrari delivers their promise with the Superfast.

What makes the superfast fun to drive, other than it being a Ferrari, is the next gen 7 speed dual-clutch automatic transmission with quicker shifts and better throttle response than before. Downshift and up shift response have been improved making it the quickest gearbox on the market. Not only does the 812 Superfast have a graceful stance, but it is also competitive and composed.  Making sure it has superior handling with all the power it unleashes. Braking is phenomenal, with its carbon ceramic brakes the size of stop signs. Hold the downshift paddle while braking and the car will downshift faster than you can say Maranello.

Aerodynamics have been modified too, with a number of new active flaps to optimize efficiency, and increase downforce. The Superfast also benefits from special gizmos that make it easier to drive once you get used to it, like the electric-assisted power steering for the first time (EPS) instead of usual hydraulics, an updated version of the F12tdf’s Shorter Wheelbase platform, which enables rear wheel steering, further improving the car’s agility and overall response, and Slide Slip Control or drift mode for tail happy crazy fun. 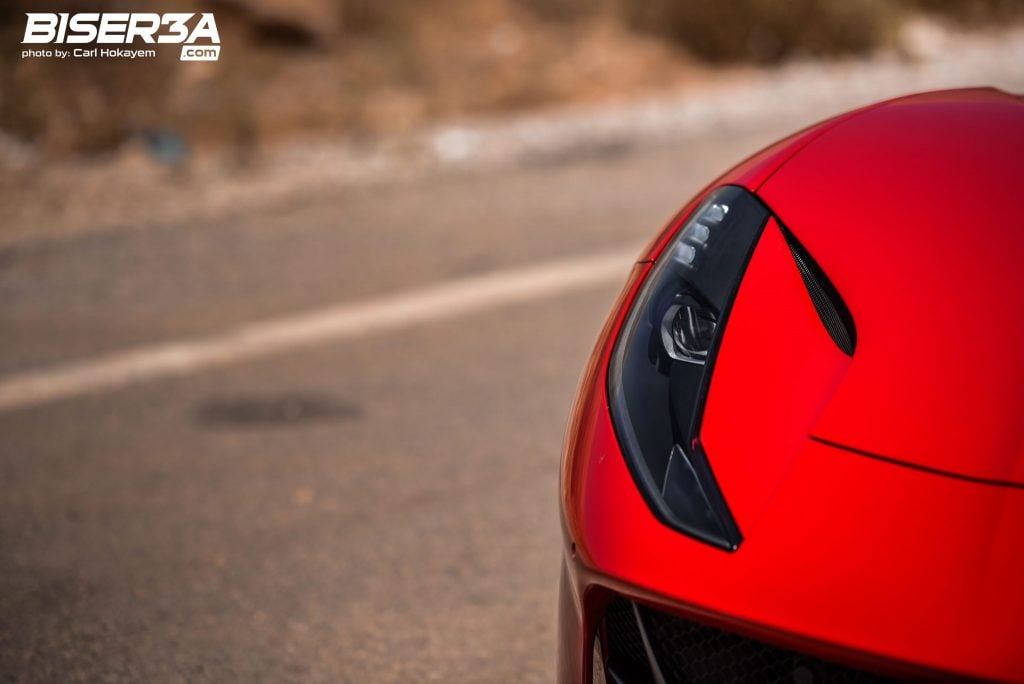 From a design perspective, the 812 Superfast follows the lines of the F12, keeping the same size and shape in general. Still, the Superfast does look distinctly more aggressive than its predecessor, the F12, thanks to a new a massive front grille, a hood with a number of air vents, more accentuated lines on the sides, and a meticulously revised rear end featuring similar quad taillights to the GTC4 Lusso, a personal favorite of mine, but that’s a story for another time. Also worth pointing out is the sexy Italian silhouette, to remind the high tail of the 365 GTB4. A classic.

The 812’s driving position remains low, stretched out, yet comfortable even in heavy traffic. The dashboard is split into a central analogue rev-counter, housing the evolved telemetry derived from La Ferrari. Surrounded on each side, is a color instrument display screen. And so he doesn’t miss out on any blinking moment while looking at the driver side, the passenger gets his share of fun too, with the same screen found in the newer models. His display shows the speed, gears, rpm and attack mode of the car while also giving the passenger the ability to manage the infotainment system. 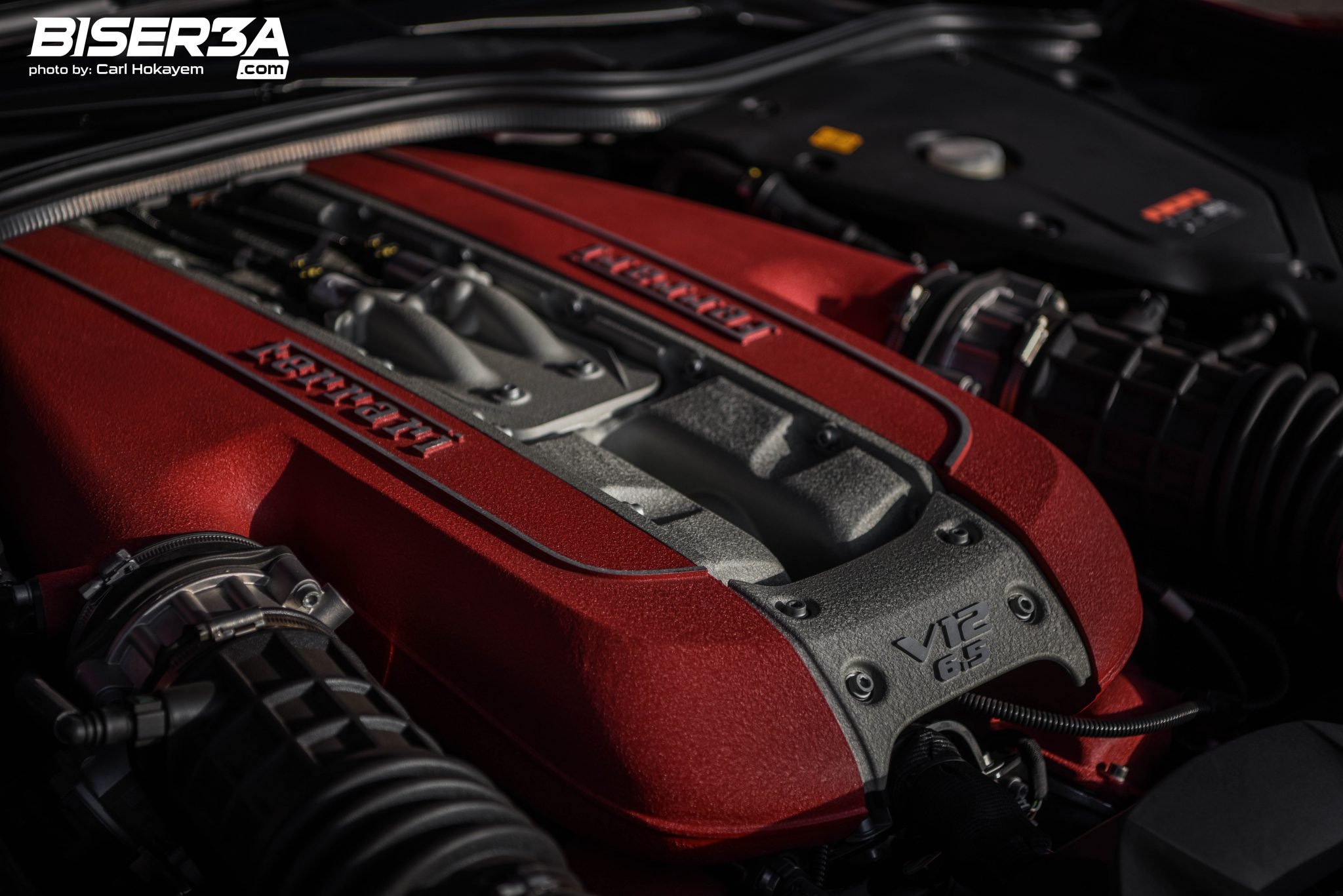 The steering wheel has had a light redesign so that the telephone & voice activated control system buttons could be added to it. Other main buttons have been enlarged for more driver friendly ergonomic feel such as the headlights, wipers and turn indicators. Not to forget the manettino, or the magic knob that transforms this beauty into the beast. The wide dashboard looks a bit leaner and more sculpted with wider cabin storage space. The car’s door pocket can only fit a wallet, or a phone. 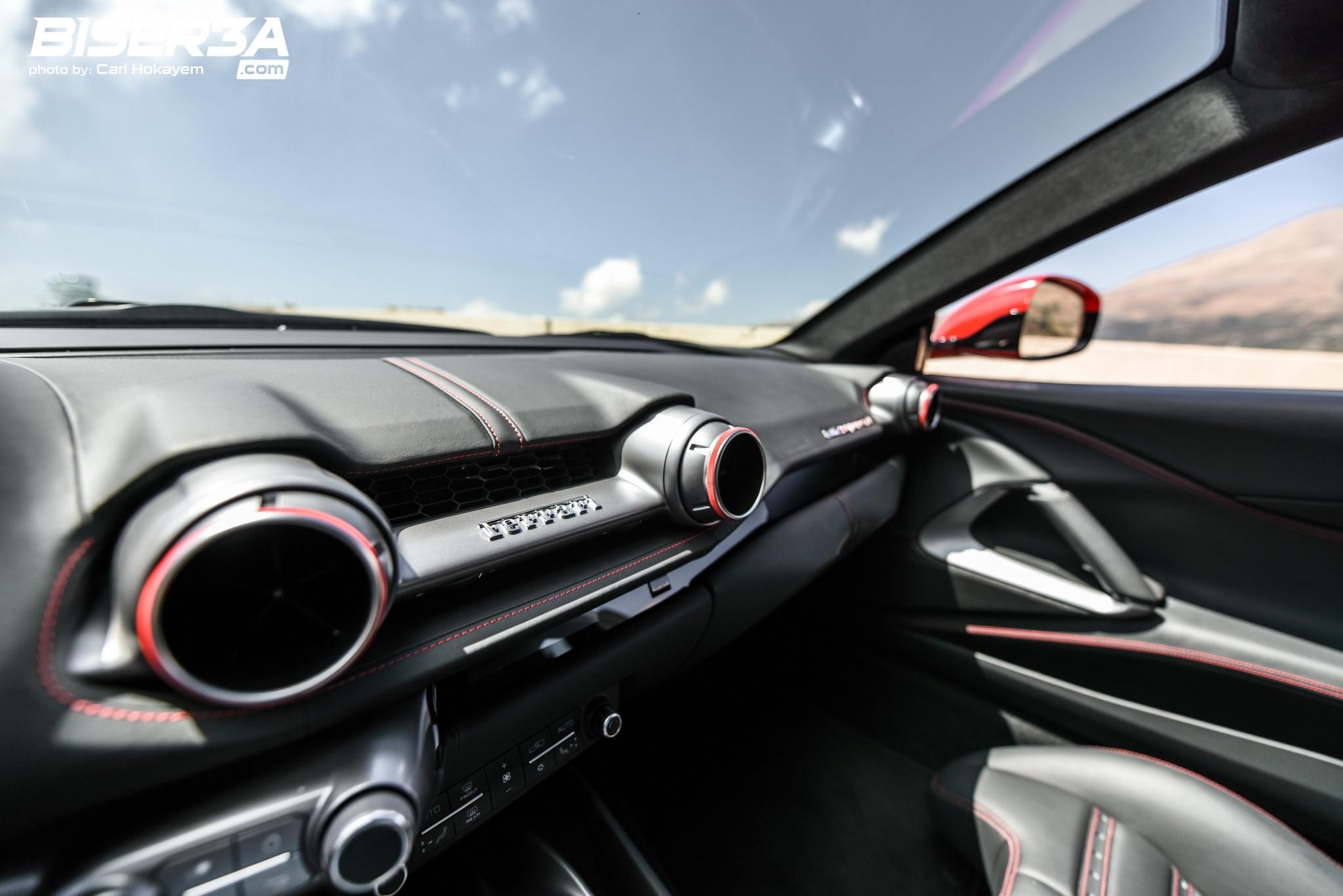 No supercar on the planet can give you the same feeling of pride & happiness, better than a Ferrari. It was the late Commendatore who once said “Ask a child to draw a car, certainly he will draw it red”.  I sensed this mix of emotions every time a kid would pass next to the Superfast. Every gazing eye and dreamy stare reminded me of myself and my poster car, the F40. 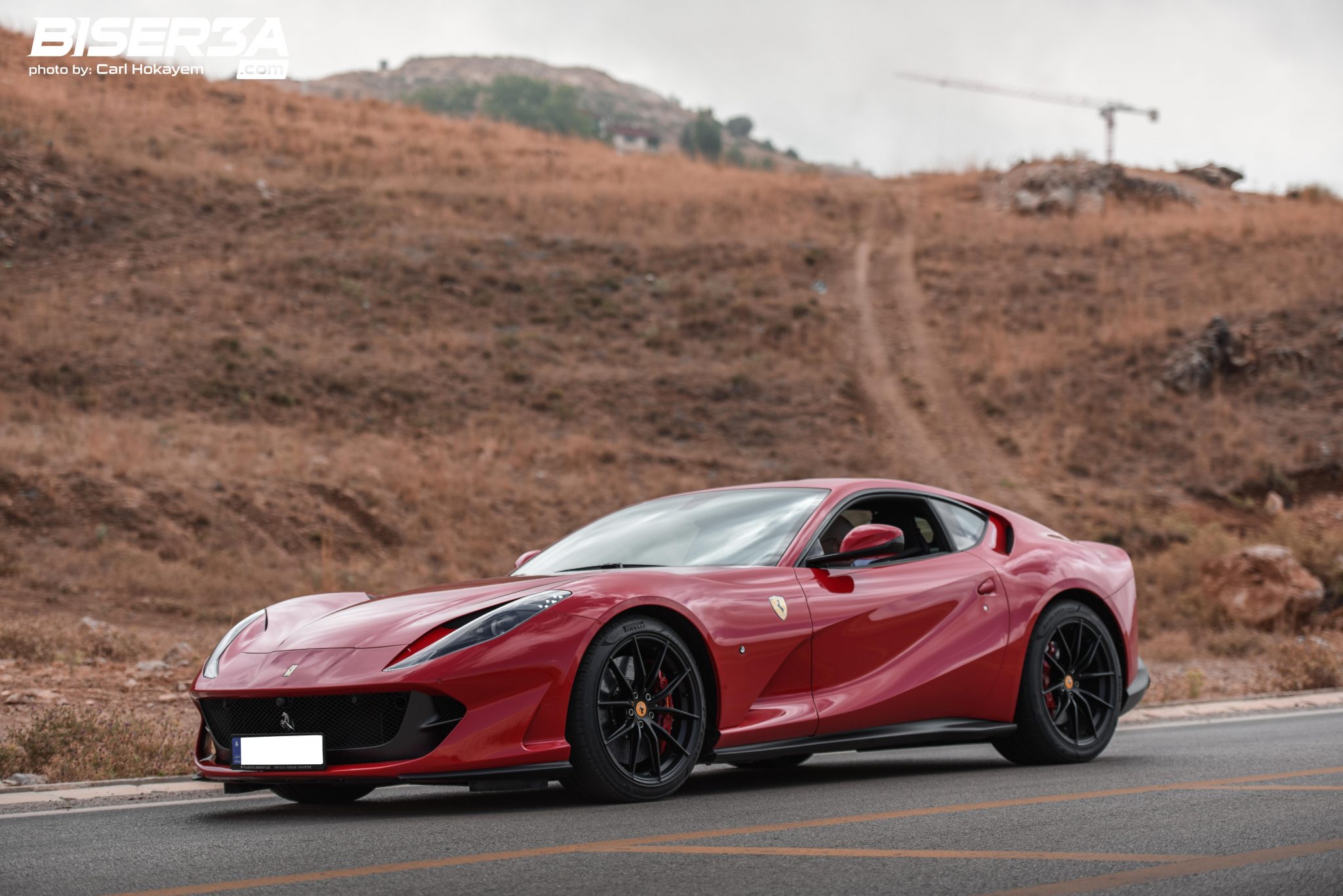 Sadly enough, the 812 Superfast is expected to be Ferrari’s last naturally aspirated model with a pure V12 engine. Leaving behind it, decades of unmatched symphonies only the best of Italian orchestras could write. With massive torque levels, this technological evolution and monumental piece of engineering remains an astonishing piece of art. Driving it is pure bliss. 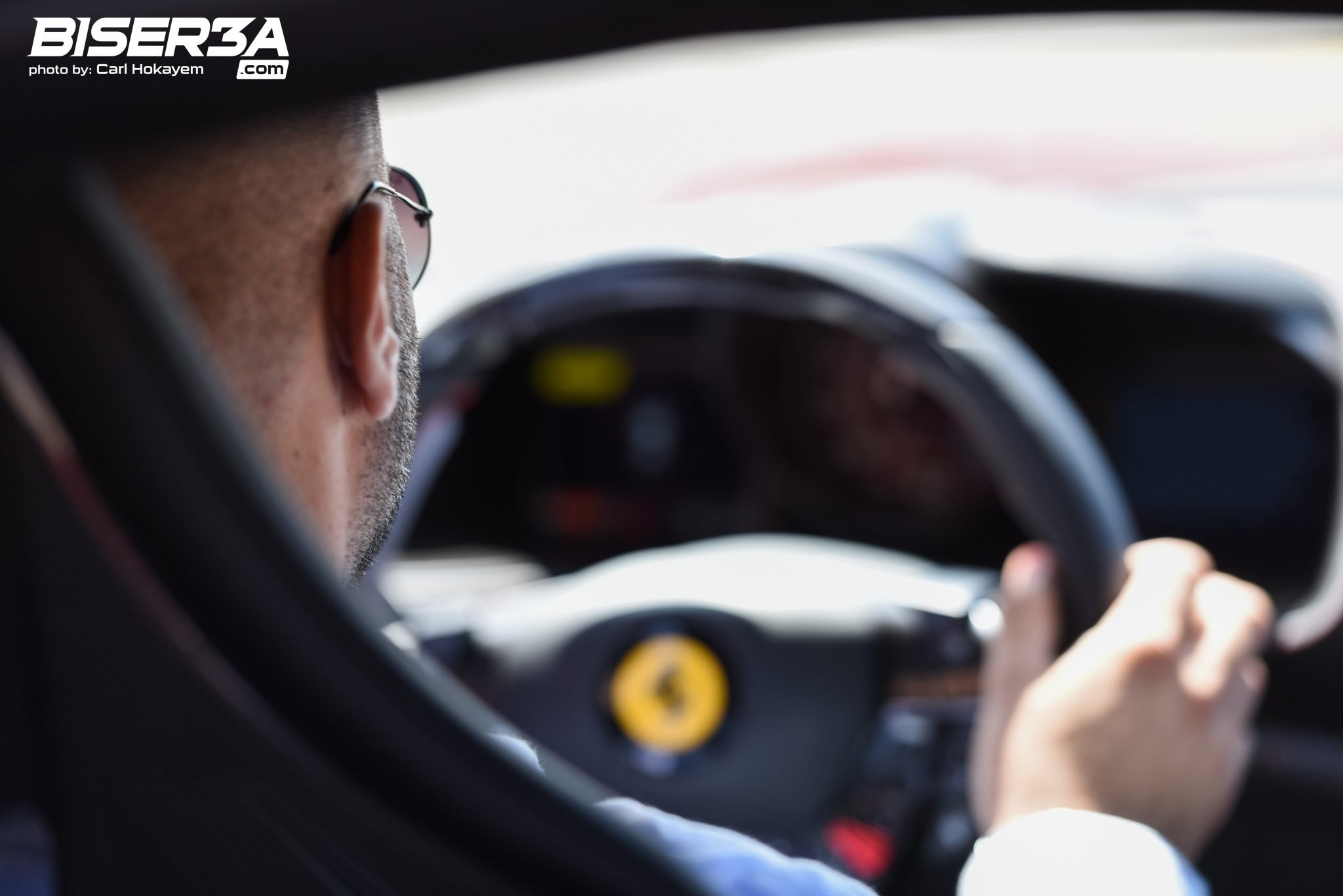 The 812 has the looks, the speed and the comfort, what else do you need?

The Ferrari 812 Superfast hit the Lebanese roads. We got the chance to demo this beauty and mix it with the beatifull scenes of Mount Lebanon⛰️1 minute of action packed highlights from Ferrari's new piece of art💨Test Drive by Patrick KaramFilmed and Edited by Charles Kai – The Action Crew 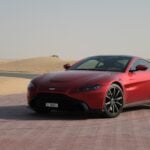 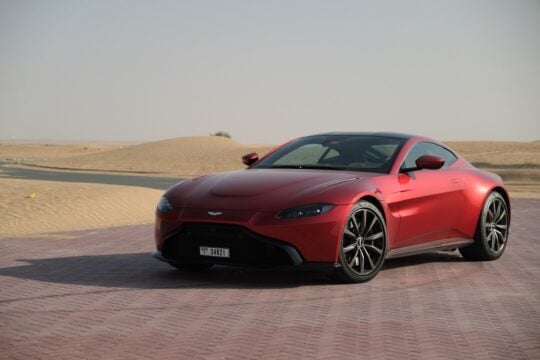 Taking on Cadillac’s newest toys, the CT4-V and CT5-V 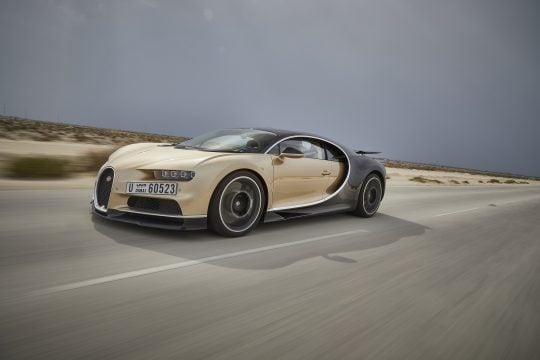